holdsteady said:
Name a few clubs which are not selling clubs? I am guessing apart from the elite of world football you will struggle.

We sell players because we have to, that will never change, easier just to get used to that and get on with your life than stress about the inevitable.

Bruce Lee once said it’s better to be strong like the Reed grass than the mighty Oak tree, I think that’s very pertinent at this moment so I will leave it for you all to ponder on.
Click to expand...

Yeah no idea what you mean but I like it!
A

The sale of Atkinson was always going to happen, yes it's a shame but that's where we are, we have to sell at least one player a year it seems. At least it's happened early and we can now plan without him.

Please let's stop all this bitching on here, and let's all support our team not constantly snipe at each other.

At least we still have our beloved team to support. COYY!
M

Yes we are selling club as is pretty much every club. Even Real Madrid and Barcelona are this year. We are also a buying club, after all we bought Rob Atkinson, Rob Dickie, Cam Brannagan, Marcus McGuane, Gavin Whyte, Elliot Moore, Luke McNally, Joel Cooper, Sean Clare etc

Mellowyellow said:
if you sell your best players then you cannot expect to become a championship side in the mould of Brentford.
Click to expand...

That’s a joke, surely? That’s exactly how they have become a premier league side

Which survives a hurricane?

RyanioBirdio said:
Eastleigh are about to buy a few solid gold toilets. I would love to try them out.
Click to expand...

One flush. Clean as a whistle.

holdsteady said:
Which survives a hurricane?
Click to expand...

Which would be easier for 99% of people to cut down?
Y

Mellowyellow said:
TBH it's common sense, if you sell your best players then you cannot expect to become a championship side in the mould of Brentford. Equally, if a club relies on loans so much, selling their best players every pre-season at the end of each season the squad fragments and you have to start all over again.
This season is already heading that way, with a new board that sadly doesn't seem to want to reverse that, and potential crocks, Bodin, already making their way in through the door.
Click to expand...

HampshireYellow said:
Which would be easier for 99% of people to cut down?
Click to expand...

Both would of been easy for Bruce Lee with his deadly hands.
5

Apparently mcnally is the fastest player at the club .
H

Ideal partner for Moore then, it’s Elliot and Gilchrist in 96 all over again.
5

Ideal it is and will be

I've heard as soon as Bristol City were reported interested in Atkinson he asked the club to accept a reasonable offer. We will see wether the timing is right for him to move on and wether Bristol are a club that he can progress further up the pyramid. Can't blame the club for selling when a player wants the move. Now let's go spend some of that money on some decent additions.
J

With his height too he could be a really good asset... Let's just hope he can defend!
5

Not really, we ARE Brentford, just a division behind them. It's how we got into league one and it's how we'll get into the championship.
N

Jolteon said:
With his height too he could be a really good asset... Let's just hope he can defend!
Click to expand...

Height? That's actually one thing I'm thinking we'll miss most from Atkinson - some games last season we caused havoc from set pieces with him and Moore. McNally is a good 3-4 inches shorter than Rob. He's not as tall as him either.

Let’s see if he can actually kick a football and stand in the right positions. If he can then he might be very good.

nige01ox said:
McNally is a good 3-4 inches shorter than Rob. He's not as tall as him either.
Click to expand... 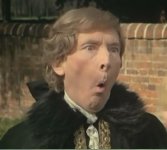