We get a place in this Guardian piece; 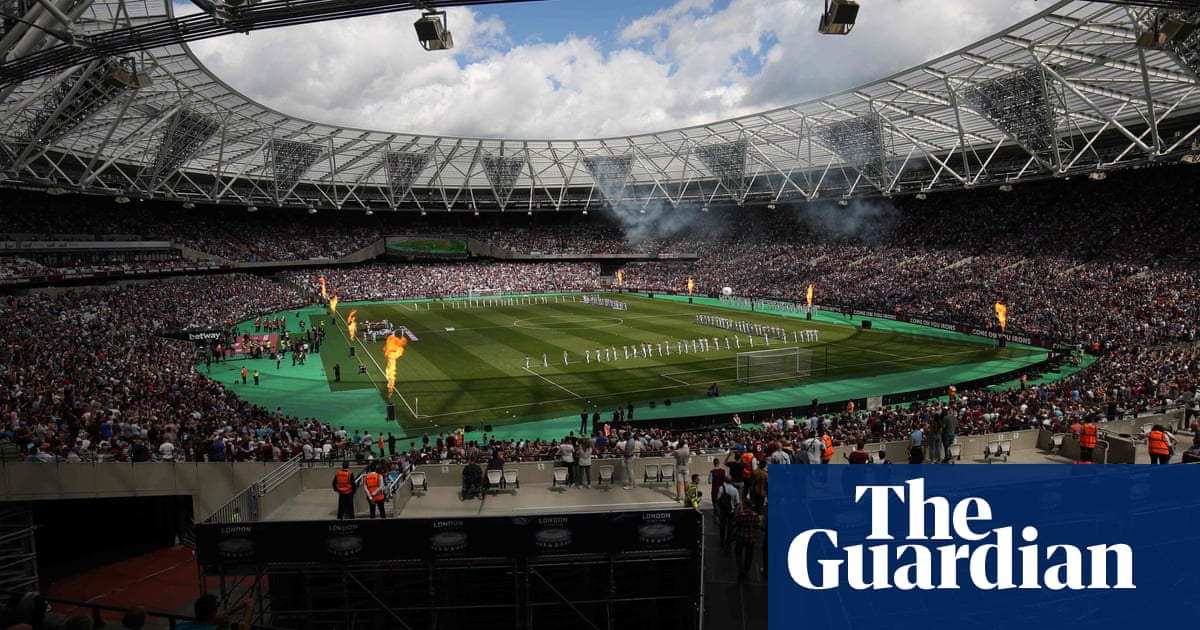 Thanks to Paul Beasley for sharing on Facebook.
Last edited: 17 Nov 2020

Not much on the history and sorry story but just being in the list is enough shame. What rubs it in is that several (if not all) the other stadiums named, would have us all salivating at the thought of occupying such splendid edifices.

That Portsmouth Stadium would have been quite something!

Pete Burrett said:
We come in at number three in this Guardian piece;

I hope it's not ordered as coming in ahead of Darlo's white elephant would be truly shocking!

Slightly lazy ‘listicle’ writing from the Graun, but then again every news outlet does it nowadays.

I have conflicted views regarding the KasStad. In terms of stadium design, it looked dated by the time it was finished. You don’t need so much space between pitch and stand and in a three-stand stadium the atmosphere that is generated is even more easily lost because of it. The concrete breezeblocks exacerbate the half-finishedness of the stadium, the parking situation is awful, buses trudge a weary 40-45 minute route back to town, pubs are non-existent and the rental situation sees it as a financial millstone around our necks.

But, the move had to happen and to some extent I do embrace the positives with it. The Manor was home but out of place in the evolving world of football. Viewing the action is better at the Kassam, attendances are good and the atmosphere is family friendly which allows us to appeal to people who maybe would not have made trips to The Manor. Away fans are at least under cover although I don’t think many of them see Oxford as a particularly desirable away trip much of the time. That said, Swindon have never so much scored a goal at the Kassam let alone won there. A fourth stand would certainly improve it and one day that may well happen.

For all the talk of a new ground, I don’t see it happening inside the next 10 years and possibly even longer so we’re going to have to make do with it.

To mix up moves that never actually happened (Portsmouth), with those that did (Sunderland) only for the team to fall from grace, with what looks like a good move to me long term (Arsenal), those that were daft in the first place (Darlington) and us (it will never be the Manor, but did we really have any choice?) seems a bit strange.
S

There were a lot of comments from supporters of clubs where their grounds were listed, similar in tone to Unification's comments above, stating the good and bad points of the move The Sol and Emirates in particular. A Mackem saying that they have beaten Newcastle twice at Sol and that had not happened for many years at Roker. Wenger being quoted that Arsenal had lost their soul. Incidentally, Simon Inglis in his book on British football grounds published 1996 suggested this may happen to OUFC if they move from the Manor to a site on the ring road. Such foresight

I was surprise to see Pride Park and Cardiff on the list. Both old grounds were hemmed in with little room for improvement, similar to the Manor. I suppose it was due to the on field decline that followed rather than the ground itself.

Its always going to be a Marmite subject to most footie supporters whose clubs move to new grounds.

I remember when that Pompey stadium was being muted about. It was a none starter from the beginning as it was way to close to the naval base and even back then they were saying that the new aircraft carriers wouldn't be able to get past the stadium. Then they proposed to build that stadium at Tipner, which is on the outskirts of the city as you come down the M275. the site was a landfill site that has been filled up so its just a grass mound now.
It would of looked spectacular though. Another thing would of been the capacity, it was said that it had to be built with a greater capacity than St Mary's Southampton, as they couldn't be seen building a smaller stadium than Southampton.
Last edited: 17 Nov 2020

Pride Park Derby is a very nice stadium i love going there when i visit my son who lives not far from there.

There isn`t much wrong with any of those grounds to be fair, including ours.
The various associated catastrophes for the respective Clubs/Owners/Financiers are the real problems not the grounds.
S

Any ground that just has a car park behind one of the goals will deservedly make it into a list like this one.
The outside world doesn't care about the reasons or the story behind it, it just looks wrong and a bit sad no matter how much the likes of us get used to it.

The list is quite hap-hazard and very much focused on the here-and-now. I don't think the piece says were 3rd worse, it's in no particular order

For example, 10 years ago St Mary's would be on this list but Southampton have bounced back and SOL would have been fine.
H

For the 100th plus time earlier today I tried to explain to someone that although we would like a fourth stand it’s not our choice, we are renters, as usual I got the response of “just build one, the ground looks s**t”.

We definitely deserve to be on this list, the move was a disaster in every way for the first 10ish years and only the football really got better after that.

I have grown used to the place by now but it’s no ones dream ground, although obviously I would give anything to be there at the moment.
L

Very poor article.
Did I miss the criteria for the listings ?

unification said:
In terms of stadium design, it looked dated by the time it was finished.
Click to expand...

50% accuracy rate on the "sides"/"stands" terminology suggests luck rather than knowledge.

Pillox said:
50% accuracy rate on the "sides"/"stands" terminology suggests luck rather than knowledge.
Click to expand...

At risk of sounding pedantic, references to the Kassam having 'only three sides' has always annoyed me. We have only three stands, but we have four sides. If we only had three sides the ground would be triangle-shaped.

It also suggests we only started looking 10 years after we got to the top flight and this was the result. Misses out the 20 odd years of search before then, including several in our top flight years.
C

But it could be a lot worse. Look at the way Coventry left the Ricoh arena, basically getting booted out by a load of egg chasers from London.