With the continuation of the Crewe debacle, this whole saga sums up the absolute ineptness of the EFL. This season should never have restarted without a clear plan of what to do if/when clubs receive positive tests and the impact on their competitive fixtures. I ended up typing a pretty lengthy research post in the Crewe thread so decided to make it a thread of it's own, if only to highlight the woeful lack of consistency so far this season.

During the play-offs, the agreed EFL guidance around self-isolation and return to training/playing was different to that of the government, I believe due to the fact that clubs were being tested twice a week. Now testing is not mandatory, and surprise surprise, we're starting to see numerous issues relating to it. The lack of clarity or uniform rule is frankly, quite shocking.

This season so far we've had:

Friday 25th September
Stevenage player confirmed as positive and beings to self isolate.
Rest of Stevenage squad and staff are tested (club decision)
Stevenage cancel group travel plans for their fixture at Bradford.
Grimsby announce a positive Covid test and their WHOLE squad goes into self-isolation.
Grimsby decide NOT to test the rest of the squad because "the medical advice received was that such testing would be of no effect as the incubation period of the virus being a minimum of five days, with the squad last being in contact with the player three days ago."

Saturday 26th September
Two further Stevenage players receive positive test results following tests on 25th, but, after discussions between the clubs and the EFL, it was decided there was "no medical reason" the game could not take place.
Bradford play Stevenage.
Cheltenham v Grimsby is OFF.
Grimsby confirm that further fixtures v Bradford and Hull will also be postponed as they need to shut down their training ground for 14 days with their chairman saying:
"We were originally told by the EFL’s medical team that there were two alternatives – shut down for 10 days and have a test after nine, and if everybody’s negative after that test, then subject to Bradford agreeing, we could play on the Saturday. I’ve now had an email from the EFL’s medical team saying they have now amended that advice, and the training ground has to be shut down for 14 days."

Friday 2nd October
Crewe travel to and stay in Oxford having had a player report ill during their game on 29th September. Player in question received a positive test - Wintle

Saturday 3rd October
Crewe arrive at OUFC and announce another player (Beckles) who has travelled to Oxford and been amongst them has received a positive test notification that morning.
On receipt of positive test notification, Beckles began to self-isolate. (Beckles personal choice to be tested following Wintle case, and is asymptomatic)
Game eventually called OFF.
Stevenage play Salford
Grimsby v Bradford is OFF.

Saturday 10th October
Crewe beat Wigan 3-0. Wintle plays 90 minutes and Beckles plays 77 minutes.
Stevenage play Mansfield.
Grimsby play Bolton.
Tranmere play Salford despite having 6 players unavailable due to Covid reasons (2 positive tests and 4 subsequent self-isolations). They were able to field a team but only by playing players out of position and fielding youth players. Unable to name seven players on the bench.
Tranmere claim they were in contact with the EFL throughout the week in relation to the issue and say they were advised that by not fulfilling the fixture there would be an investigation which could lead to disciplinary charges.

Tuesday 13th October
Oxford v Crewe is called OFF around 4 hours before kick-off.

It's not very often I agree with the Stevenage chairman, but his statement (below) on 25th September made a number of good points and should have seen some actions from the EFL at that point. Instead, here we are over two weeks later, and there is still complete chaos on what the rules are, with different decisions being made practically every matchday, being highlighted by the different approaches and statements by Tranmere, Crewe and the EFL in the past few days. Grimsby actually referred to their own initial postponement issues in relation to Covid circumstances as being at clubs discretion. 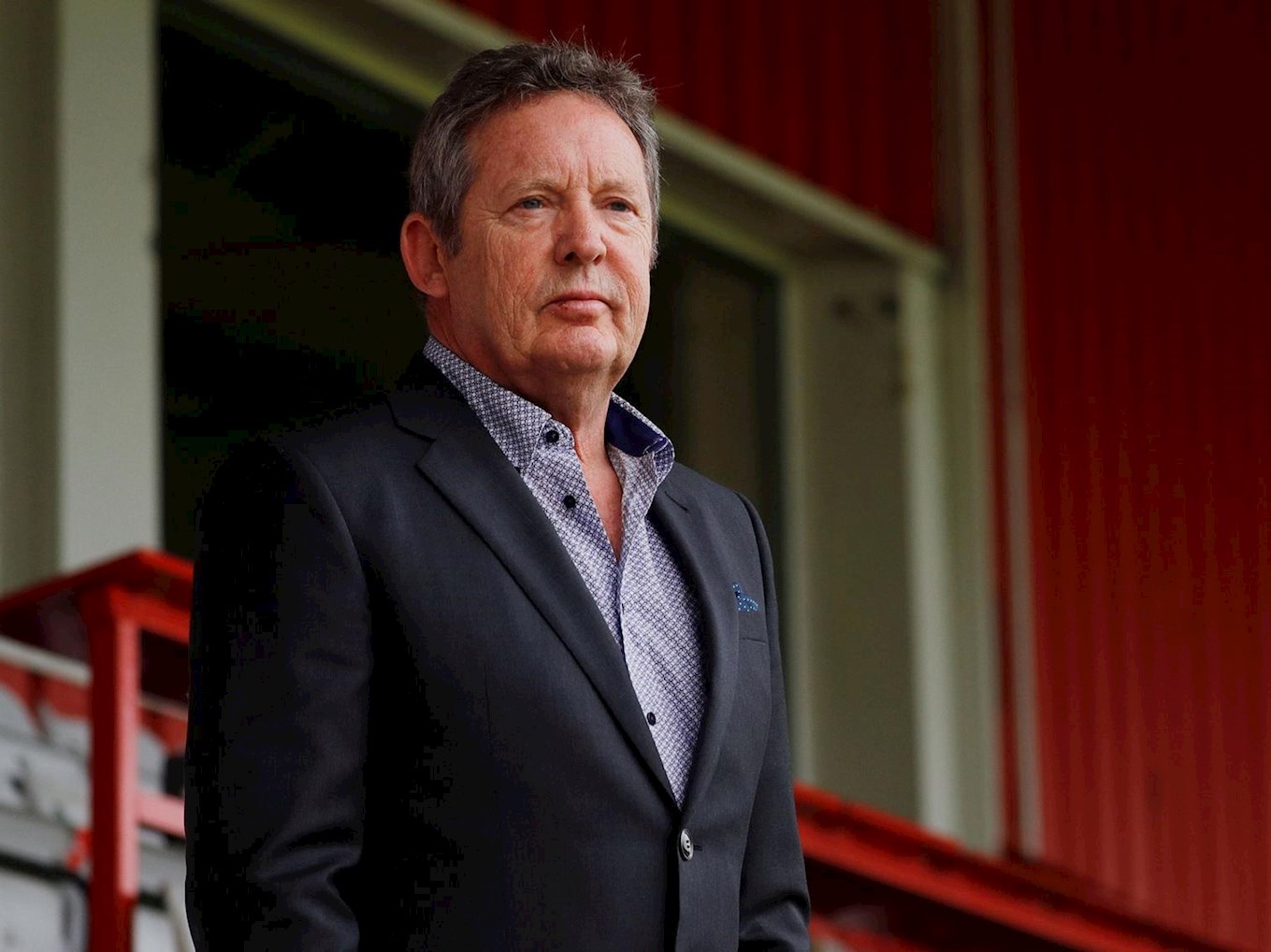 As a result of one of our first team squad players contracting COVID-19, our fixture away at Cheltenham Town, scheduled for Saturday 26th September has been postponed.

An Update From The Club

Grimsby Town Football Club can confirm that our next two fixtures vs. Bradford City and Hull City have been postponed.

Tranmere Rovers FC is disappointed in the EFL's factually inaccurate, and therefore misleading, statement regarding the Covid situation at the Club. The EFL state that Tranmere contacted the EFL once last week with a specific query relating to U21 players.

In a word embarrassing , the whole thing.

Rick Parry is too busy having clandestine meetings with his old mates at Liverpool and Manchester United to be bothered with such trivialities as actually sorting out the EFL's approach to this crisis...
C

The EFL are giving the conference a run for their money.

What irkes me is we've seen a lower league team kicked out of a cup competition thanks to Covid. Of course a premier league team benefitted from that.

Don't forget Parry knew all about Wigan in the summer. The EFL are not fit for purpose.

It's happening at all levels. Brackley got a walk over in the FA Cup last night. Here's a statement from Kettering who would have been their opponents - "Following discussions between the club, our CMO and the league’s LMO, and upon their advice, the board have taken the difficult decision to withdraw from this season’s Emirates FA Cup competition. This decision is due to Covid infections within the camp and the requirement to isolate our first team squad and management personnel. This is not a decision that the board have taken lightly and we can assure everyone that we have investigated every option available to us (youth players, loan players etc.) but sadly a satisfactory solution could not be found. Our planned trip to Brackley Town tomorrow evening is therefore off and our cup exploits for the 2020-2021 competition have come to a premature and frustrating end. The club wish all those infected a speedy recovery and look forward to being in a position to fulfil future commitments."
Well done Kettering.

Inconsistency continues, this weekend so far:

Games OFF
- Accrington v Bristol Rovers: 8 positive tests for Accrington
- Oxford v Swindon: x positives amongst Swindon coaching staff plus 1 player?
- King's Lynn v Notts County: Notts have 4 cases so withdraw from FA Cup
- York v Hereford: 1 positive case at York, whole squad in self isolation and a further 2 games off.
- A range of other Conference North and below games off.

Games ON
- Exeter v Scunthorpe: Scunthorpe with a number of player positive cases and management staff self isolating.
- Leiston v Barnet: Barnet had 9 cases including the manager. 9 changes from last league fixture with debuts for academy players and coul d only name 3 subs.
- Gillingham v Fleetwood: Fleetwood played Accy midweek and didn't do any testing despite the mass number of positives at Accrington.

The whole thing is a complete mess. There was no thought in to the season, and now it’s showing because the rules are being made up as they go along. Why did Tranmere face disciplinary action for following guidelines, and being in contact with the EFL during a whole week. They then get told they must play the fixture, what I’m getting at, is why is it one rule for them, and others get away with it. Is it because of threatening legal action from Palios (Tranmere) chairman, for ending last season on PPG, which meant they were relegated. Or is it because the EFL are a complete s**t show. Sadly I think it’s the latter. The season should not of re started, and there should be a plan in place to protect all clubs below the championship. Scrap the season Null and Void!. 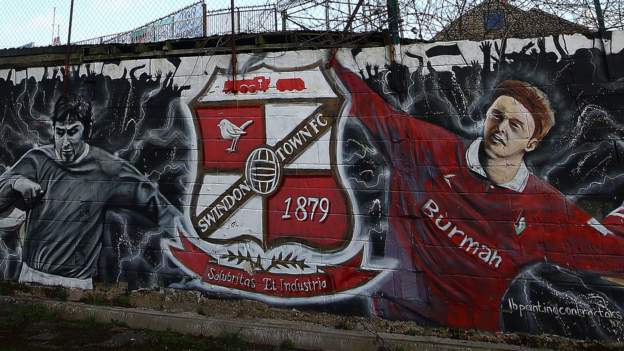 Second game off for Swindon and Stanley

Swindon and Accrington both have a second successive League One game postponed because of positive coronavirus tests.

Another game off each for Accrington and Swindon.
M

Second game off for Swindon and Stanley

Swindon and Accrington both have a second successive League One game postponed because of positive coronavirus tests.

Another game off each for Accrington and Swindon.
Click to expand...

At least it isn't like Crewe where they play a few days later.

Marked Ox said:
At least it isn't like Crewe where they play a few days later.
Click to expand...

At the time I genuinely couldn't see how the EFL weren't going to comment on/clarify that.

They're not though, are they.
M

Plymouth players self isolating. But they are going ahead with the match. MarkG said:
Plymouth players self isolating. But they are going ahead with the match.

Fair enough. He didn't get tested then travel with the team. Well done to Plymouth fur not crying off.
H

Trying to understand why some clubs can play games and others can’t and why some football grounds can have fans in and some can’t is headache inducing so I just don’t bother anymore, I check to see if our game is on and watch that, watch a few other games on tv and that’s my current interest in football. If the people running the country and the people running football can’t be arsed to think of proper, sensible rules why should I?
D

It beggars belief that the EFL has not seen fit to step up and start being accountable. All businesses have to do so and the EFL should pass stewardship of the football league to another entity if they don't have the bottle to do so.
T

It doesn't exactly have to be rocket science either:

Rule #1 - if a player tests positive for Covid, then they must self-quarantine for X number of days (what X is should come from medical professional, but likely around two weeks)

Rule #2 - if a player has been in close contact with someone who has tested positive for Covid (either a teammate, or in their personal life), then they must self-quarantine until they've had a Covid test that comes back negative

Rule #3 - if a team has eight or more players who are self-quarantining, then they are entitled to postpone the fixture. Otherwise they must play

Rule #4 - if a team is caught ignoring any of Rules 1-3, then they get an automatic 10 point deduction

Scunny have 3 games off with 8 positive tests and 10 others isolating.
M

m said:
At the time I genuinely couldn't see how the EFL weren't going to comment on/clarify that.