In case you missed it, here's a link to Oxblogger's piece on the 2-0 win v Di Canio's Swindon... 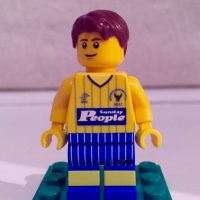 ... Enjoyed reading this earlier, what a day that was.

Very enjoyable read - thanks for posting!

Hardly one to rewatch at leisure though. It was 20 minutes of madcap action and then 70 minutes of diligent discipline. Whing, Duberry, Tonkin and Rendell were superb that day. Considering that Swindon side had Matt Ritchie, Paul Caddis, Wes Foderingham, Alan McCormack and Paul Benson in it (or all played or went on to play at a higher level), a 2-0 win was a brilliant result.

Whisper it quietly but whilst we won the battles, they ultimately won the war. Promoted as champions and us totally blowing the run in to end up outside the playoffs which became an ugly trend under the IL stewardship. We did cause them another fun misfortune by knocking them out of the EFL Trophy the season after too in a rare highlight of the forgettable 2012-13 season. Di Canio couldn’t cope with wily Wilder’s ways!

unification said:
Whisper it quietly but whilst we won the battles, they ultimately won the war.
Click to expand...

Pardon? Would that be the war in which they’re now in a division below us? That war?

Brilliant, brilliant article - perfectly evocative. Makes you realise how long ago it was when you read the names. Johnson, Duberry, Rendall - guys here for a season or two. Or less. But legends always now and they shouldn’t ever need to buy a pint in Oxford again.

One admission from me. When Matt Richie pushed our crafty YTS ballboy, I was amongst those cat calling at the pantomime villain. And yet, I respected the fact that at half-time he came right up to the edge of the East Stand and shook the lad’s hand. That’s a bit of class (and presumably a reason why he wasn’t destined to remain with that lot).
You must log in or register to reply here.
Share:
Facebook Twitter Reddit Pinterest Tumblr WhatsApp Email Share Link