It's derby day, but it will feel a lot different without being at the stadium.

Will us fans watching at home from the same passion?!

no one started one yet, so here goes.
reckon we’ll get our first clean sheet today. hopefully we’ve got our shooting boots on.
2-0 and 8 in a row

@Eaststandboy beat me to it.

My missus is a Scumdon fan so we’ll both be glued to the game later. I’m confident the lads can get the job done without us there to back them. COYY

no for me , it’s the same and very much looking forward to this especially with all the way of life is at the moment.
I hope KR as very much explained the derby day which it is for us . We don’t want any messing around with this game lads , only a win will do.
Tight game ahead , not many goals in it . 1-0 to us .

Buzzing for today’s game, gutted we can’t be there to back the lads. 4 points from the last 2 games should give us the confidence to get the 3 points. COME ON YOU YELLOWS!!

This is a huge game for us no matter who the opposition are.

The boys are back to playing our game. Gorrin and Atkinson staying fit and working together will be a massive decider on which direction in the table we go from now.

Fully expecting a good performance from the Ox today. 'They' will be well up for it too though we can't forget.

Looking forward to some "Big goals from the Big men on the Big occasion" as Jerome once said.

COYY's
Buzzing for it as per

AbbeyOx said:
no one started one yet, so here goes.
reckon we’ll get our first clean sheet today. hopefully we’ve got our shooting boots on.
2-0 and 8 in a row

Just win. It matters to much for non other then 100% from everyone including the management. No f*****g about with team selection or positions or eyes on the next game etc. Today. 3 points. Leave nothing behind give it all and I’m confident we win.

Time for hero’s. Time for Robinson and these boys to help ease the Wembley pain for us fans.

It won't be the same, someone set up a massive zoom thingy with a few scummers in there so the abuse / banter can start

Come on you Yellows 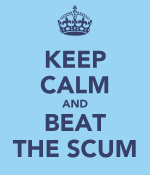 There have been signs that the "old" Oxford are back. Earlier in the season we looked a beaten team, and didn't appear to have the fight to turn games around. Tuesday showed that we don't give up and will fight (literally) to the end.

It was good to see Marcus McGuane front and centre of the pompey battle, and I xan see him being a big player alongside Obita on the left. Gorrin never turns down a battle, and the likes of Longy, Ruffs and Taylor know what this means.

No games are easy, and Swindon will be up for this, but we are by far the better team. Can see nothing but a home win, but the scoreline could be anything. Let's go 3 - 1 just because!! Taylor, Henry, McGuane

There’s another context to this game other than it being a derby - get a win today and it’s seven points from nine in the last week. That’s a return every team in the league would be happy with and suggests that we might well be on track again.

I don’t think either team will be looking at any honours this season but that doesn’t mean we can’t impact each other’s seasons. A derby day defeat could set either team back in the heavy run of matches around Christmas.

As @Junior_1 says, just win. It’s just another opportunity at three points on paper but it means so much more to us as fans.

Oh, and a clean sheet would be good if at all possible.

JohnnyAubs said:
My missus is a Scumdon fan so we’ll both be glued to the game later. I’m confident the lads can get the job done without us there to back them. COYY
Click to expand...

Just minimise the ropey situations and we'll be fine...
2-0...to us for a change