A great afternoon , 3 points and a history lesson .

I love this bit from Chris Williams' match report:
They made the most of it with two sweet Taylor finishes. On 85 the striker chested the ball perfectly, swivelled and fired past Savin for a peach of a goal from outside the area. Two minutes later he threw himself forward and headed past the keeper once again for his second. No savin that and in their new white kit, United had been the Real deal.

All of the pre-match build up, live text commentary, audio commentary, match stats and highlights for Accrington Stanley vs Oxford United on 26 Sep 20

I only saw the first half. Was getting annoyed with henrys sloppy passes when he scored. Assume he played much better 2nd half. Great that we won.

Forde is a lovely footballer. Playing in the midfield 3 really suits him.

tonto said:
Not sure if I like the aftermatch show. It seems very remote from the match missing people phoning in!!
Click to expand...

I actually quite like it. Nice change from the standard phone in, and some good analysis and discussion.

Well a lot of us never expected that!
B

Great performance from a makeshift side and a dodgy keeper. The difference was how we played when under pressure for awhile in the second half.. looks promising for the future.. concerned again about Eastwood, may be worth putting Stevens in v Crewe and Gas.
O

Great to see such an improved team peformance. Such a shame that we could not be on the 'Wham' terraces to see that Taylor volley head towards us. Super Matt!
B

Taylor. Said earlier if he had the right service he would score, . Oh, for who ever said he only scores from five yards, that turn and volley was some tap in.

tonyw said:
When there's that many players around you, it's probably a good time to consider punching, rather than trying to catch.

Whereas for the penalty, he had absolutely no need to be coming for that whatsoever.....completely unnecessary, and could have cost us two points.

Those weren't even the only two poor decisions. As I say, he just looked anxious and frantic by the end of the game.
Click to expand...

Didnt see that scoreline coming when the team was announced. But well done! Gotta be pleased with that.

A bit out the blue but very welcome win, sounds like a good performance as well as the result. Hopefully can kick on now, COYY
W

greatunclekip said:
Didnt see that scoreline coming when the team was announced. But well done! Gotta be pleased with that.
Click to expand...

He said through gritted teeth
A

makv said:
I actually quite like it. Nice change from the standard phone in, and some good analysis and discussion.
Click to expand...

Yeah I agree, they are actually talking about things that matter and that may have happened rather than letting any prat phone in who never goes to a match and who talks absolute tosh week in week out!!?

Christ, we are trending on the BBC News Site... 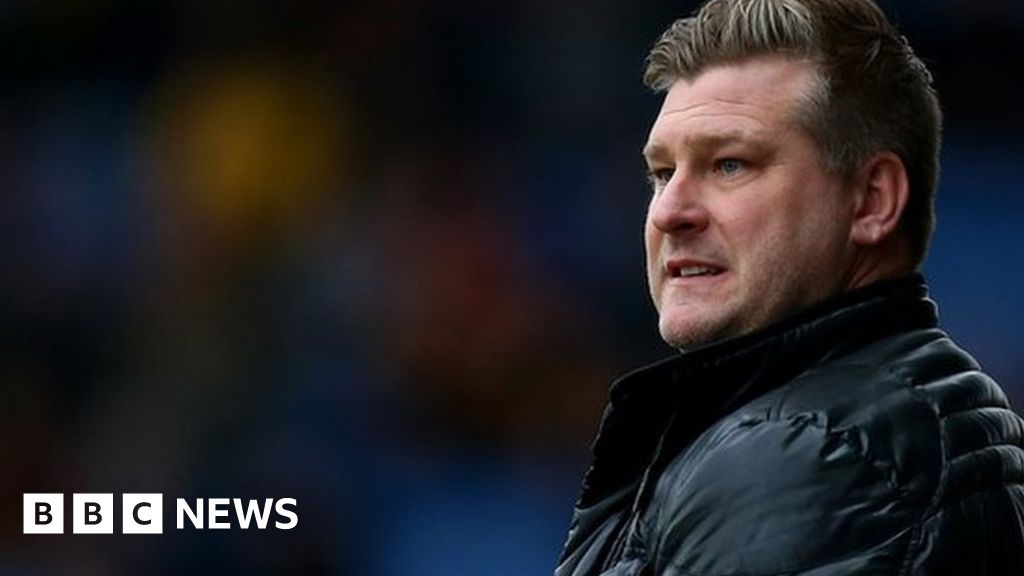 Problems getting to an away game were down to a safety device on the club's bus, the head coach says.
www.bbc.co.uk

Eastwood- OK in the first half, but a bit dodgy in the 2nd, didn't command his box well at all, clumsy foul for the pen, and distribution was poor. Must improve. 5

Clare- Much improved performance to be fair, grew into the game, and got forward and used the ball well. Still a lot to learn about the position, but encouraging signs. 7

Moore- Very comfortable with and without the ball, never looked troubled at any point. 8

Atkinson- Steady performance, won a few headers, and brought the ball out of defence well a couple of times. Still looks a bit raw, but an improvement on the last two games. 6.5

Long- Started off a bit shaky, but grew into the game, and looked more assured as the game went on, solid 2nd half. 6.5

Forde- MOTM. Excellent performance! Got stuck in, very assured and composed on the ball, passed well, always in space, and did some great defensive work on the edge of our box towards the end. Great cross for Taylor's 2nd goal. Has to be one of the first names on the team sheet on the basis of his last couple of games. 8.5

Kelly- Another who got better as the game went on, looking more and more confident with the ball, very good 2nd half. 7.5

Henry- He's back! Full of running and enthusiasm, the goal seemed to take the shackles off of him a bit, and the pass for Taylor's goal was world class. 8

Hall- Drifted in and out a bit, but looking fitter, sharper and stronger than he has for a long time, did some good work, and has a good eye for a clever pass. 6.5

Agyei- Good first half, and looking like he could be a good outlet out wide. Great work to stay on his feet and set up the first goal. Faded a bit in the 2nd half, but showed encouraging signs that he deserves to be more involved this season. 6.5

Taylor- Saw more of the ball than in the previous couple of games, and linked up play well, especially in the 2nd half, and the control on his chest and finish for his first goal was truly top class. 7.5

SUBS:
Brannagan- Ticked over well, with some nice touches and passes. 6
Cooper- Looked lively, with some exciting runs, looking forward to seeing more of him. 6.5
Osei- Too late to have any impact, but some important minutes none the less.

Overall, a much improved team performance, with more urgency and aggression, and there was a lot more desire and motivation in the team, which was good to see, but lets not get ahead of ourselves, we can't overlook the fact Accrington were awful, weather that was us making them look bad, or them making us look good, remains to be seen. But a big improvement, and very encouraging signs.

We're still gonna need to do some clever business between now and the end of the transfer window, to add some quality and depth where we can, but I'm certainly feeling a lot more positive than I was!

Well done Robbo and the lads, onwards and upwards!
Click to expand...

I thought that Eastwoods distribution was better than normal.
A couple of quick throws started off good attacks
C

greatunclekip said:
Didnt see that scoreline coming when the team was announced. But well done! Gotta be pleased with that.
Click to expand...